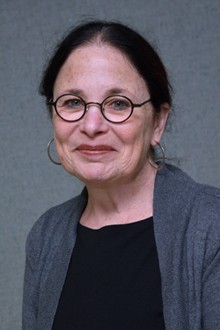 Judith F. Kroll is Distinguished Professor at the University of California, Riverside and the former director of the Center for Language Science at Pennsylvania State University. Her research uses the tools of cognitive neuroscience to understand how bilinguals juggle the presence of two languages in one mind and brain. Her work, supported by NSF and NIH, shows that bilingualism provides a lens for revealing the interplay between language and cognition that is otherwise obscure in speakers of one language alone. She is a Fellow of the AAAS, the APA, the APS, the Psychonomic Society, and the Society of Experimental Psychologists. She was one of the founding editors of the journal “Bilingualism: Language and Cognition” and one of the founding organizers of Women in Cognitive Science. She was the recipient of a Faculty Scholar Medal at Pennsylvania State University in 2013 and a John Simon Guggenheim Memorial Foundation Fellowship in 2013-14. 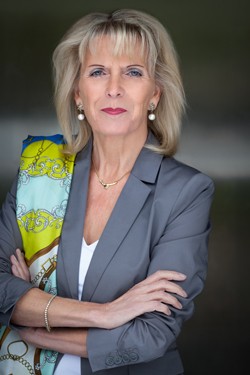 Angela Friederici studied Linguistics and Psychology, PhD 1976 at the University of Bonn, Germany, Postdoc at MIT, Cambridge (MA) USA, 1980–1989 Research Associate at the Max Planck Institute for Psycholinguistics, The Netherlands. 1989–1994 Professor of Cognitive Science at the Free University of Berlin, Germany. Since 1994 Founding Director of the Max Planck Institute for Human Cognitive and Brain Sciences (formerly MPI of Cognitive Neuroscience) in Leipzig, Germany. Honorary professor at the Universities of Leipzig (Psychology), Potsdam (Linguistics) and Berlin (Medicine). Since 2014 Vice-president of the Max Planck Society.

Syntax in the human brain: Universality and diversity
Language is considered to be a human-unique faculty. The different aspects of the core language system, namely phonology, semantics and syntax have long been discussed with respect to their species-specificity. Here I argue that syntax as the ability to process hierarchical structures appears to be specific to humans, and that this ability is supported by an identifiable fronto-temporal neural network connecting relevant brain regions through a particular white matter pathway. This pathway is weak in non-human primates. In humans it matures slowly after birth and it has been shown to be tightly linked to the development of syntactic abilities. Interestingly, this pathway is largely independent from the modality of the language input, be it auditory or signed, but it is modulated by the typology of a given language. These results lead to a brain based model of language that can account for universal as well as diverse aspects of languages. 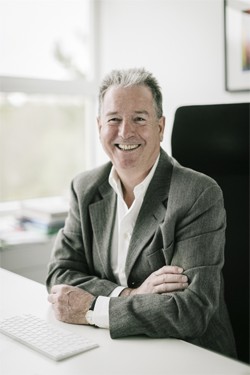 Manuel Carreiras is the scientific director of the BCBL (Basque Center on Cognition, Brain and Language, Donostia-San Sebastián, Spain) that has been recently awarded the “Severo Ochoa” label of excellence. He is also IKERBASQUE research professor, Honorary Professor of the University College of London (UCL), and visiting professor of the University of the Basque Country (UPV/EHU). His research focuses on reading, bilingualism and second language learning. He is the editor in chief of Frontiers in Language Sciences, and associated editor of Language, Cognition, and Neuroscience; and Brain and language. He has published more than 200 papers in high impact journals in the field. His research has been funded by different research agencies. He was the coordinator of the Consolider-Ingenio2010 grant entitled COEDUCA and has been recipient of the ERC advanced grant entitled Bi-Literacy, among others, and of the Euskadi Research prize 2015.

The Literate Brain
Written language permeates modern society. Reading is a key determinant of educational achievement and plays a central role in the personal and economic success of the individual. Reading skills are essential in the job market and valuable in everyday life (reading sign-posts, checks, shopping lists, medicine prospects, phone messages, address-book entries, emails, SMS, etc.). Here I will discuss the cognitive processes involved in the extraction of meaning from printed words, their time course and the neural pathways that support the reading process.  Finally, I will discuss the neural sources and the malfunctioning of the circuit in a reading disorder: dyslexia. 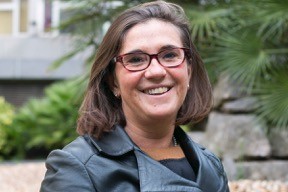 Gabriella Vigliocco is Professor of the Psychology of Language at University College London. She received her PhD from University of Trieste in 1995, was a post-doc at University of Arizona, and after being at University of Wisconsin as Assistant Professor and the Max Planck Institute for Psycholinguistics as a visiting scientist (1999-2000), she moved to UCL. Gabriella leads a team composed of psychologists, linguists, computer scientists and cognitive neuroscientists sharing the vision that understanding language and cognition requires integration of multiple levels of analysis and methodological approaches. Over the years, she has contributed to the understanding of how we represent meaning, how cognition shapes languages and how language shapes cognition. She have challenged many traditional ideas about language, like the notion that language is a modular and purely symbolic system that does not entail direct links with our sensory-motor and affective experience. She has developed theoretical and computational models of how meaning is represented and how sentences are produced that account for language performance in terms of interactions among different types of linguistic and non-linguistic information.

Ecological Language: a multimodal approach to language learning and processing
The human brain has evolved the ability to support communication in complex and dynamic environments. In such environments, language is learned, and mostly used in face-to-face contexts in which processing and learning is based on multiple cues both linguistic and non-linguistic. Yet, our understanding of how language is learnt and processed comes for the most from reductionist approaches in which the multimodal signal is reduced to speech or text. I will introduce our current programme of research that investigates language in real-world settings in which learning and processing are intertwined and the listener/learner has access to -- and therefore can advantage of -- the multiple cues provided by the speaker. I will then describe studies that aim at characterising the distribution of the multimodal cues in the language used by caregivers when interacting with their children (mostly 2-3 years old) and provide data concerning how these cues are differentially distributed depending upon whether the child knows the objects being talked about (learning vs. processing), and whether the objects are present (situated vs. displaced). I will then move to a study using EEG addressing the question of how discourse but crucially also the non-linguistic cues modulate predictions about the next word in a sentence. I will conclude discussing the insights we have and (especially) can gain using this real world, more ecologically valid, approach to the study of language.